The largest private islands have a length of 60 to 120 miles and are up to 30 miles wide – this way, one really acquires a kingdom of one’s own. However, the larger an island is, the easier the island feeling goes away sometimes: One’s own shores can possibly only be spotted from the windows of a house which was built on a high viewing point, or after climbing a summit. If nature has endowed one’s own giant island with such an elevation, this grants the indescribable joy to let one’s eye wander over the tops of trees and palm trees right down to the ocean.

The size of the Isle of Eigg in Scotland amounts to 12 square miles and has its highest mountain peak at 1,290 feet. In the past centuries, the inhabitants of Eigg could already see from here the arrival of friends and foes. The spacious farm and resort island Pohuenui in the Marlborough Sounds of New Zealand is owned by an European family and is a starling beauty, given its size of 5,000 acres and its green hills with pastures and forests. Islands of such size are endowed with a special potential for cultivation, which increases their value exponentially. There is enough room for several residences or even for a whole holiday resort. Even the development of whole villages cannot be ruled out: the Italian island Capri in the Gulf of Naples, which during the times of Emperor Tiberius was in his private possession, nowadays accommodates around 13,000 inhabitants.

Simply endless walks on the beach, journeys of discovery with the jeep, a picnic in the forest, or going for a ride on one’s own horse – the choice of activities on a large island is varied and absolute privacy is given. Passionate landscapers or stockbreeding aficionados can express themselves completely. And those who value an independent arrival and departure might consider their own airstrip or a generously laid out marina. 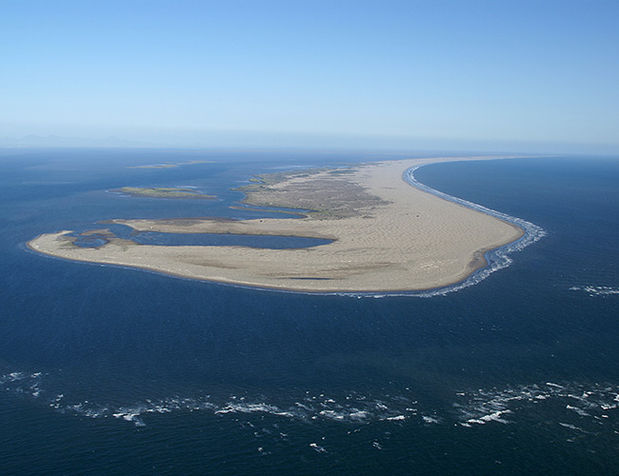 Roughly twice the size of Manhattan, Altamura is located about 125 miles north of the Tropic of Cancer in the Gulf of Baja California, just a few miles off the coast of Mexico. This natural gem is one of the last places on earth unspoiled by man. Extensive sand dunes, protected inlets, and lush mangrove forests alternate along its 31-mile length. The surrounding waters teem with a wide variety of fish and even whales. Altamura is presently home to a cattle ranch. Future plans include developing the island as a luxurious private resort, with the highest priority being given to complying with the latest environmental standards in order to protect the unique nature of the island. 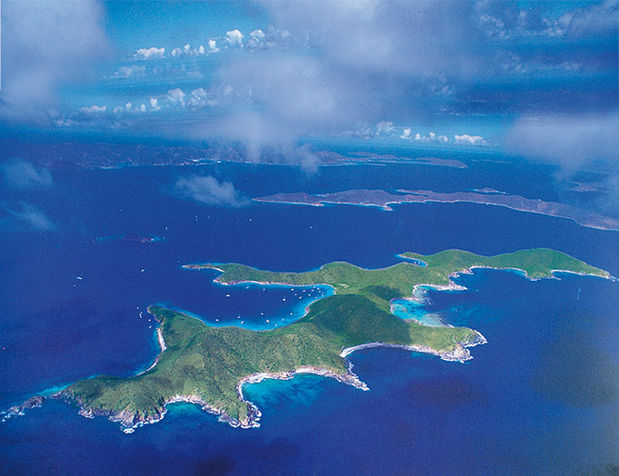 With an area of 610 acres, the island is approximately 2.5 miles long with a central ridge extending along the length of the island creating gently rolling hills with Norman Hill the highest point on the island at 427 feet above sea level. The coast line comprises a number of bays and offshore reefs providing excellent snorkeling and diving within close proximity to the island.

Legend plays a large part in the history of Norman Island with tales of pirates and treasure caves, although the role of the island as the model for the epic "Treasure Island" by Robert Louis Stevenson is perhaps the most famous legend of all. While the island is now uninhabited, farmers have in the past reared cattle there and today the Caves are one of the most popular tourist attractions in the islands. 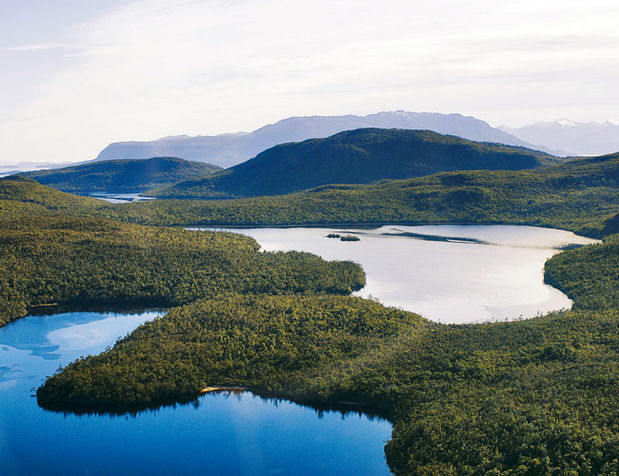 Traiguen Island is part of the Chonos Archipelago of Chile, a group of islands with rivers, lakes, and waterfalls, the whole of which was once terra firma and part of the Chilean coast range before flooding seperated it from the mainland. Lush greenery, forests, and rolling hills cover the island, while deeply cut inlets and large bays characterize the irregular shoreline. 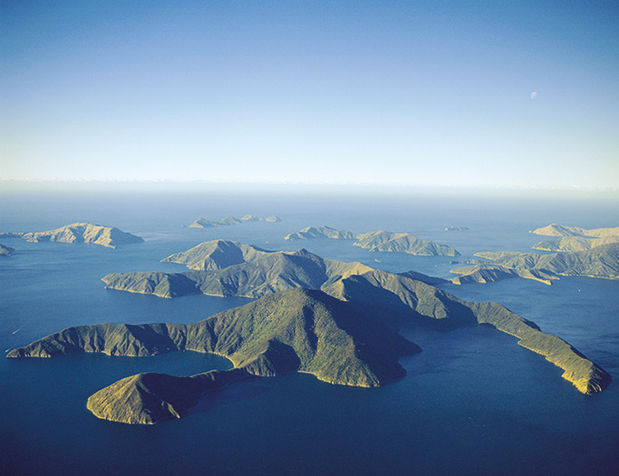 The future owner of Pohuenui will acquire an island that is eleven times as big as the Principality of Monaco. Around 30 miles of shoreline with secluded coves surround the lush, wild, and mountainous landscape. Dolphins, whales, penguins, and seals are common sights in the water and along the shore. For starters, the exceptionally shaped island can also be rented. 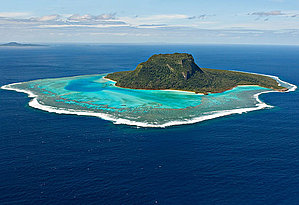 The origin of Vara Vatu lies in an extinct volcano, which had been overgrown with coral reefs in the course of thousands of years. Today, the circular reef with its fascinating underwater world forms an atoll around the island. Steep cliffs made of coralline limestone and a dense, tropical jungle, as well as white beaches with fine sand constitute the special topography of this paradisiacal, uninhabited place in the Koro Sea. The table-mountain-like summit gave Vatu Vara the byname “Hat Island” and shapes with its height of 1,015 feet the surrounding skyline in a radius of 35 miles.

Further information on Vatuvara for sale 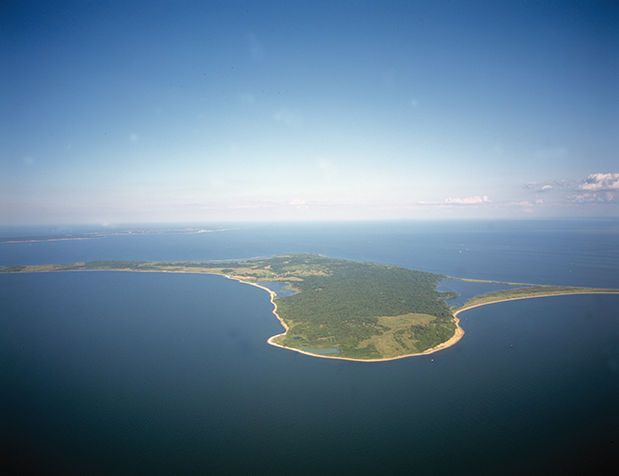 Thanks to a grant from the British crown, Lion Gardiner settled on this island in 1639 and founded the first British settlement in what would later become the State of New York. He cultivated fruit, tobacco, and corn, and also raised livestock. Gardiners Island remains in the possession of his descendants to this day. 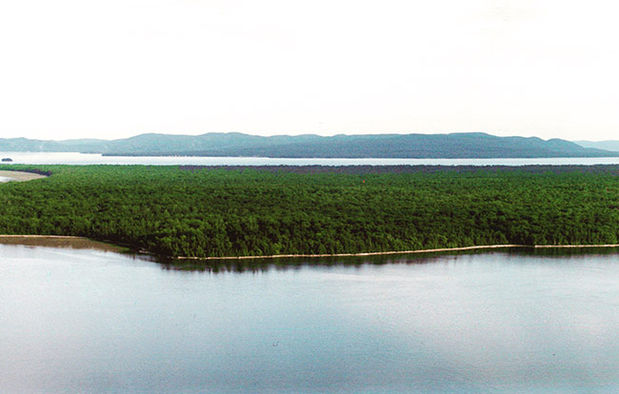 The Island consists of two island bodies connected to each other by a peninsula. The Island is about one mile from the mainland. It boasts approx. 20 miles of waterfront, over 6 of which are pristine sandy beaches. On Batchawana Island there can be found moose, bear and wolves. The Bay is excellent for fishing. The Island is heavily wooded with both deciduous and coniferous trees, representing a considerable timber potential.

Batchawana Island is located in the centre of Canada, very close to the USA border. This area is recognized as an all season recreational paradise for US and European visitors, both winter and summer. 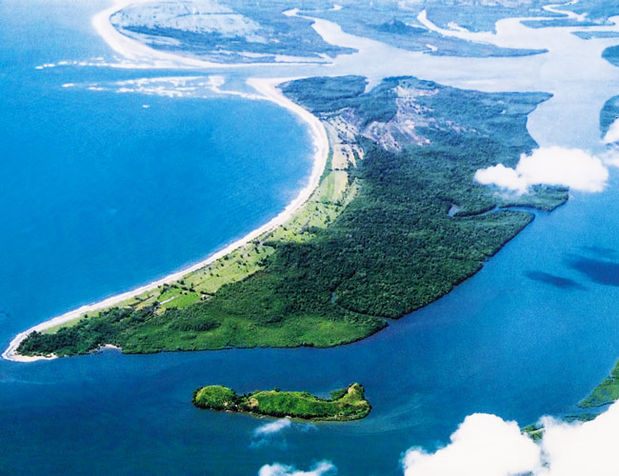 Tucked away just off Panama's Pacific coast, Porcada is a virgin island escape with chic, rustic accommodation for up to 10 guests. Located between meandering waters and cool coconut groves, Porcada is truly a place to get together and escape the everyday. With its emphasis on enjoying the simpler things in life, few islands offer a greater sense of freedom. When it comes to authentic island experiences, Porcada cannot be beaten. 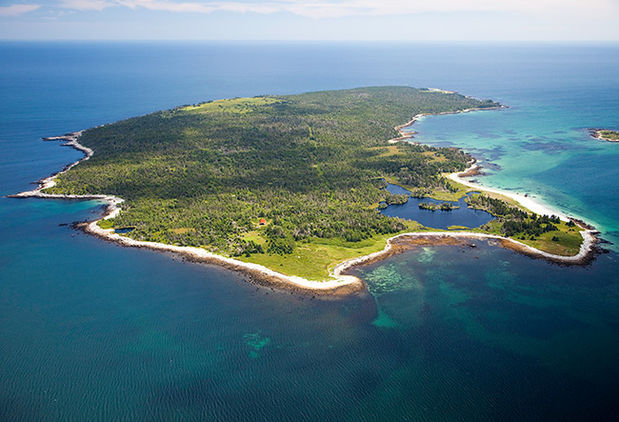 Mouton Island is the largest private island on the East Coast of Canada. The influence of the Gulf Stream and the high position of the sun offer a moderate Atlantic climate. With mild temperatures from May until October, the white sandy beach along one third of the shoreline provides an enticing spot for sunbathing.